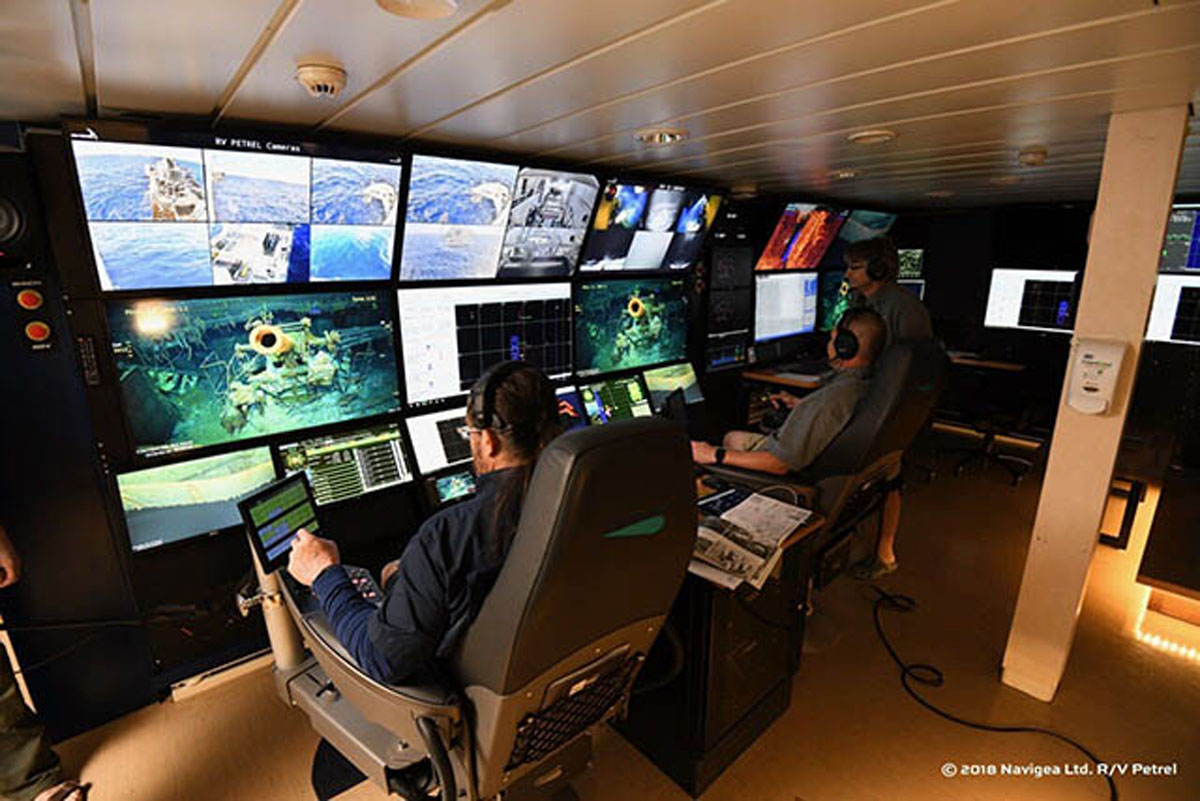 Greensea Systems, Inc., a global leader in marine robotics, is proud to provide the state-of-the-art inertial navigation, system control, and autonomy technologies utilized in the recent historic discoveries by Vulcan Inc. of the USS Lexington and Juneau shipwrecks.

R/V Petrel, owned by Paul A. Allen, found the USS Lexington on March 4th at 3,000 meters below the surface, resting on the floor of the Coral Sea more than 500 miles off the eastern coast of Australia. This discovery was quickly followed by the sighting of the USS Juneau on March 17th, 4,200 meters subsea off the coast of the Solomon Islands.

The two recent discoveries of WWII ships USS Lexington and USS Juneau, have particular historical significance. The Lexington is one of the first aircraft carriers built and commissioned by the United States of America. The Juneau, discovered on St. Patrick’s Day, carried the famous Sullivan Brothers who became national heroes after touching the hearts of Americans. The five close-knit brothers were all lost at sea when the Juneau sank during the Battle of Guadalcanal. Their deaths lead to the US War Department adopting the Sole Survivor Policy which includes separation policies for family survivorship. In total, 687 men perished when the Juneau sank.