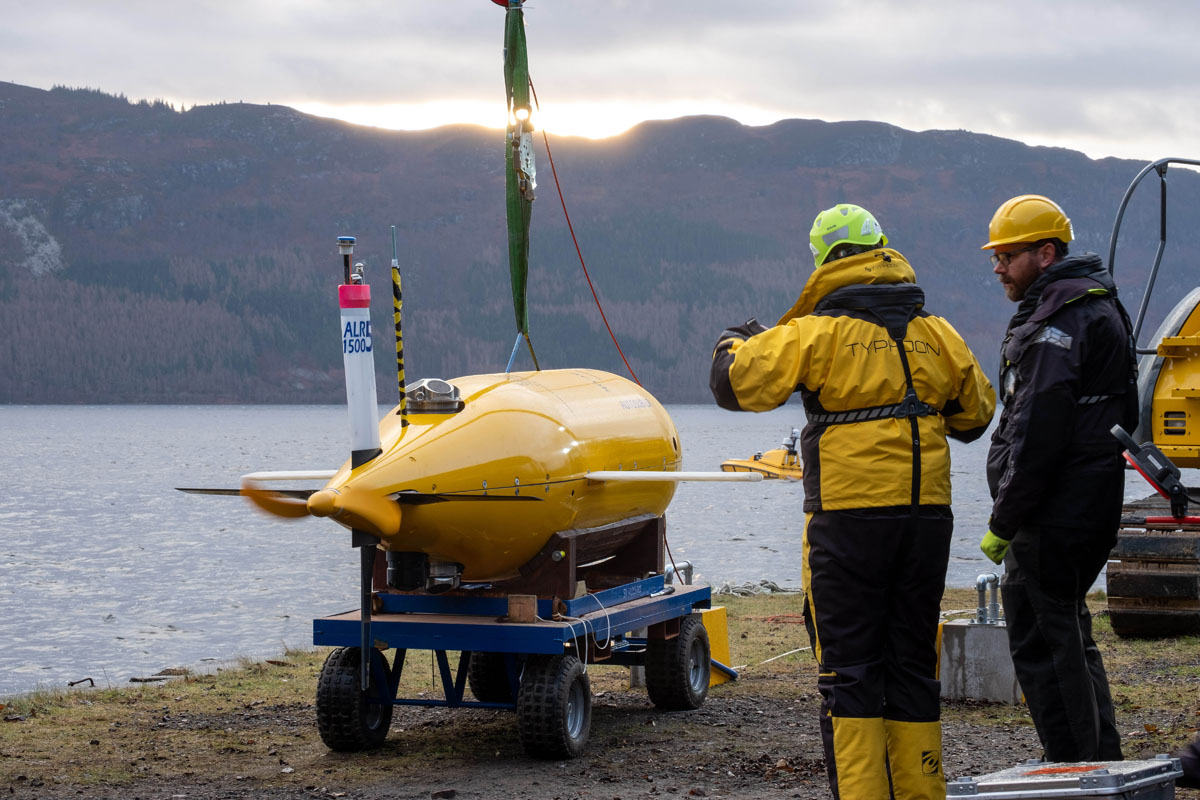 In addition, the project also set out to increase the use of autonomy in offshore survey positioning operations using unmanned surface vessels (USVs), and in the process reducing risk to personnel, environmental impact and operating costs.

The final project trials, which also saw one of the NOC’s largest deployment of AUVs operating in swarms, were completed this month (December) in Loch Ness, Scotland.

“Sending autonomous and unmanned underwater vehicles (AUV/UUVs) out on missions that will last for weeks or even months, unaided by crewed ships is a shared vision held by the ocean science, offshore energy and defence sectors,” says Geraint West, Sonardyne’s Global Business Manager for Ocean Science. “But, current constraints on AUV or UUV operations, such as onboard battery capacity and navigational accuracy degradation over time, has meant that the role these vehicles have had to play has been largely restricted to relatively short deployments.

“As the only company that produces an all-in-one hybrid acoustic-inertial-Doppler navigation and communication solutions for AUVs and USVs, we were uniquely placed to collaborate with the NOC and L3Harris to realise the ambitious aims of the P3AUV project.

“By developing and integrating each organisation’s technologies, including our own SPRINT-Nav navigation instrument, we’ve proven it’s possible for underwater platforms to make more of their available onboard power and maintain navigational accuracy over long distances without external aiding.

Using autonomous calibration techniques will remove the need for a manned vessel to perform this task, removing people from harms’ way, driving down fuel emissions and improving efficiencies.

“To put this into perspective, an offshore support or research vessel will typically burn some 3,000 tonnes of fuel annually and generate about 10,000 tonnes (equivalent) of greenhouse gases,” says James Cowles, L3Harris UK. “The environmental footprint of an independent ASV or AUV is, by comparison, negligible.”