Invited by the International Hydrographic Organization (IHO) to demonstrate the most modern hydro-oceanographic technologies during the celebrations marking the 100 years of existence of the international organization, iXblue demonstrated its DriX Unmanned Surface Vessel, in the presence of Prince Albert II of Monaco, Dr. Mathias Jonas, IHO Secretary-General, Mr. Laurent Kerléguer, Director General of the French Hydrographic and Oceanographic Service (Shom), and Amb. Peter Thomson, UN Secretary-General’s Special Envoy for the Ocean. 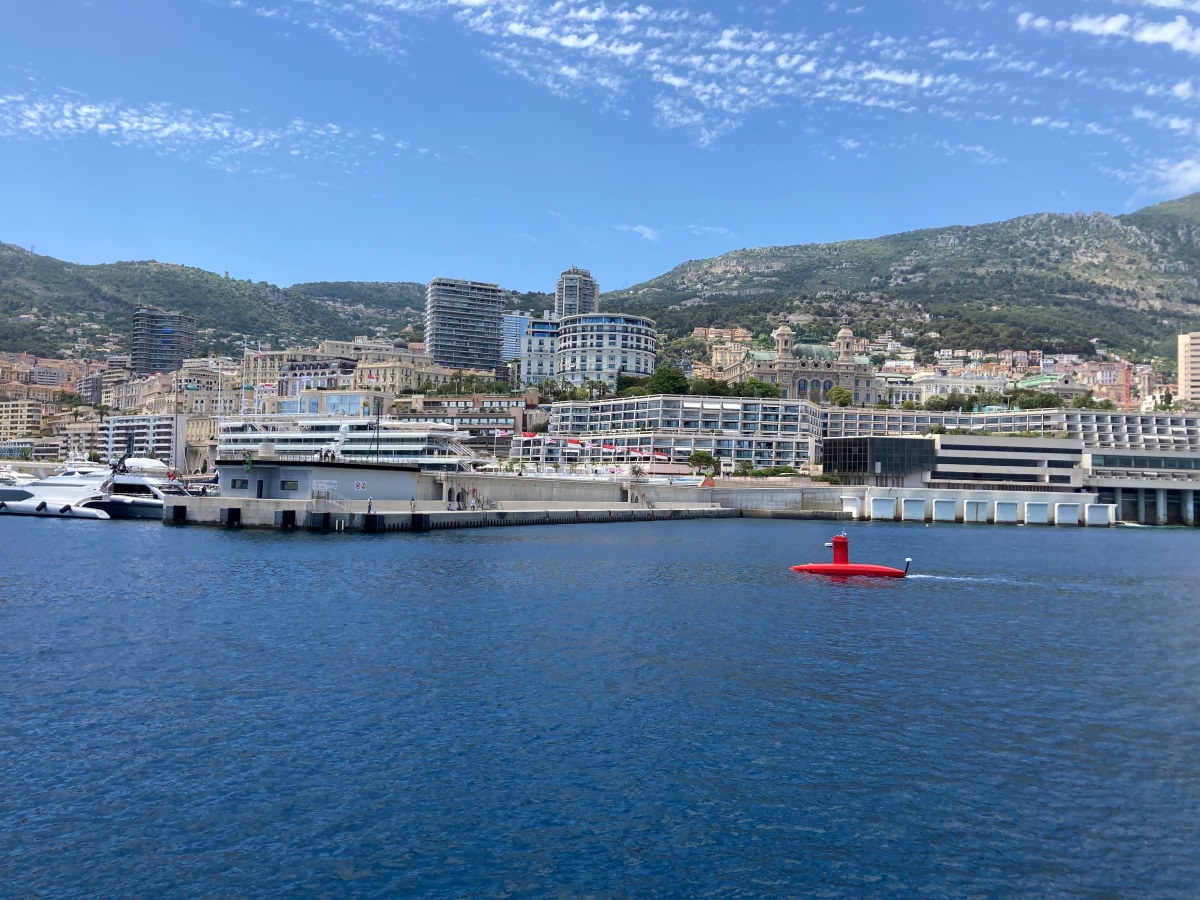 Identified by the IHO as a pioneer in the transition of the hydrographic industry towards more efficient and environmental-friendly unmanned maritime operations, iXblue presented the new methods and strategies deployed for seabed mapping, as well as how autonomous vehicles can collect data in support of the hydro-oceanographic industry.

"We are proud to be recognized by the IHO as a key player of the hydrographic industry and to be able to represent, with our DriX Unmanned Surface Vehicle, the future of hydrography." States David Vincentelli, director of the Sea Operations division at iXblue. "It was an honor to be a part of this event celebrating 100 years of IHO's missions to serve our oceans and to be able to contribute, alongside them, to the transformation and promotion of our industry."

DriX is an 8m unmanned surface vehicle (USV) developed and built in France by iXblue. The USV conducts hydrographic surveys in order to map the oceans, 85% of which remain unknown to this day. Equipped with advanced sensors (radar, lidar, cameras…) and its own artificial intelligence, DriX analyzes its environment, avoids obstacles and carries out its missions autonomously. The USV can autonomously map large areas in a reduced amount of time, contributing to the rapid improvement of the understanding of our planet's oceans. Lighter than traditional vessels, and particularly hydrodynamic, DriX helps reduce of hydrographic surveys’ environmental footprint. Compared to traditional survey vessels, DriX decreases fuel consumption and greenhouse gas emissions by a factor of 50 and reduces radiated noise for greater respect of marine wildlife.

Since its launch in 2017, DriX has been met with numerous successes around the world, including being selected by the U.S. National Oceanic and Atmospheric Administration (NOAA) to create the next generation ocean exploration system. In France, DriX has been tested by the French Navy's Hydrographic and Oceanographic Service (SHOM) via the Direction Générale de l'Armement (DGA) as part of an armament program aimed at renewing its capabilities in 2025.